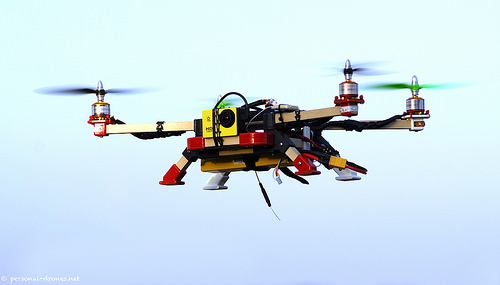 Widespread use of drones and self-driving cars seems inevitable. However, these autonomous vehicles will require sensors that are cheap enough for commercial use. Military radar is powerful and accurate, but it uses expensive phase shifters to steer the beams. This electronically scanning technology is bulky and the cost is prohibitive for most consumers. Cheaper mechanical steering options are much less accurate.

A startup called Echodyne is working on a solution for steering radar beams, and they claim to be creating the world’s lightest, smallest, and lowest cost high performance electronically scanning radar. Venture capitalists including Bill Gates have invested in the company. To find a cheap and accurate way of directing beams, they are using a patented material, called Metamaterial Electronically Scanning Array (MESA) to interact with the source signal to electronically steer radar beams without a phase shifter. Metamaterial is a new field of research involving engineering artificial materials to have properties that have not yet been found in nature. These new materials don’t have the physical properties that usually limit how engineers can manipulate radio, light and sound waves.

Echodyne makes MESA by tracing out repeating patterns of copper wiring on an ordinary circuit board. A sheet of this metamaterial includes multiple layers of this wiring, and beams can then be steered by applying voltages to some parts of the wiring. The relatively simple device eliminates the need for expensive phase shifters, which brings the price of radar systems down just thousands or even hundreds of dollars, although the new device is reportedly as accurate as $100,000 military radar systems. If Echodyne succeeds with their plans for commercializing the new technology, inexpensive and accurate radar scanning could soon be included in drones and autonomous cars.