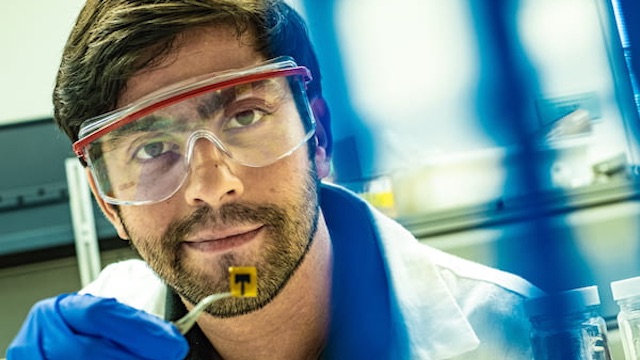 Researchers at Rice University’s Brown School of Engineering have created a new type of antenna that is made of carbon nanotube films. Scientists claim that these antennas are tough, flexible, and extremely lightweight. They are also just as efficient as the commonly used copper films that are found in many wireless applications.

The shear-aligned antennas were tested at the Boulder, Colorado facility of the National Institute of Standards and Technology (NIST). There, the antennas showed that they could operate at target frequencies of 5, 10, and 14 gigahertz as effectively as copper antennas.

“We were going up to frequencies that aren’t even used in Wi-Fi and Bluetooth networks today, but will be used in the upcoming 5G generation of antennas.”

The films themselves were made out of carefully dissolved nanotubes in an acid-based solution. The nanotubes used were primarily single-walled and up to eight microns in length. As the melted nanotubes spread out over a surface, the nanotubes self-aligned. Scientists have stated that this experiment indicates that fluid-phase processing methods may offer a more continuous and scalable technique for the trace deposition of metals. Typically, scientists have relied on the gas-phase deposition method instead.

The final product — the nanotube test films — came in anywhere between one and seven microns thick and were roughly the size of a single glass slide. They maintained their shape and form thanks to van der Waals forces, which are strongly attractive and actually provide the nanotubes with impressive mechanical properties. Scientists suspect that with further streamlining of the technology, their nanotube antennas could easily surpass traditional copper ones.

There is a lot more work and research to go before that happens, but when it does researchers think their antennas could have countless applications. Not only could they be useful in 5G networks, but their lightweight design and flexible nature would also work well with unmanned aerial vehicle technology. Additionally, they could be utilized in a variety of different Internet of Things (IoT) applications due to their adaptability and power, as well as wireless telemetry portals for downhole gas and oil exploration. Before any of those goals can be achieved, scientists must first amp up the power of their new antennas and streamline the fabrication process.