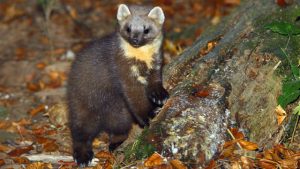 The Large Hadron Collider (LHC)—an incredibly powerful superconducting machine that spans 17 miles at CERN’s laboratory in Switzerland—has been shut down by a small, furry animal. The LHC is the largest and most powerful particle accelerator in the world, and it has allowed physicists to test the limits of particle physics and make groundbreaking scientific discoveries. Still, it was no match for the pesky (and unfortunate) critter that chewed on a 66-kilovolt electrical transformer.

CERN reports that a “severe electrical perturbation” was caused by a weasel or its cousin, a similar furry animal called a Marten. The damage caused a short circuit that created a power outage at the entire facility and killed the animal. Repairs to the particle accelerator could take as long as a few weeks. CERN posted a picture of the ill-fated animal and an excerpt from the LHC’s shift logbook on Reddit.

The powercut was caused by a (poor) fouine (weasel in english, furetto in italian) who decided to chew on the 66kV transformer at point 8 (18kV line affected as well). This created a CERN-wide powercut, which affected all accelerators mainly RF, cryo and related to LHCb, the two main 400V lines going to detector and the pc farm. Connections to the transformer are damaged and will need fixing.