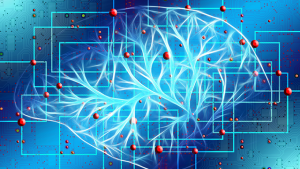 Researchers from the University of Waterloo are developing a system that would allow diabetics to monitor their blood sugar without ever having to draw blood. Using a combination of artificial intelligence and radar technology, scientists believe they have found a new way to detect changes in glucose levels. This could profoundly change the lives of those suffering from diabetes.

“We want to sense blood inside the body without actually having to sample any fluid. Our hope is this can be realized as a smartwatch to monitor glucose continuously.”

The system simply would not function without assistance from the German hardware company Infineon as well as Google. These companies had developed a small radar device, which is now being used by the team at Waterloo. The radar device sends high-frequency radio waves into liquids. These liquids contain different levels of glucose; they receive radio waves, which are then reflected back at the device.

The information stored on the reflected waves is then converted into digital data. This is accomplished by artificial intelligence algorithms developed by researchers. The algorithms are designed to be machine-learning, meaning the artificial intelligence would evolve and adapt as needed. The software used by the AI can identify changes in glucose levels thanks to over 500 specific wave features.

The first round of testing has provided impressive results; the new system proved to be 85% as accurate as its invasive, finger-pricking counterparts. Scientists on the team believe this first step — proving it is possible to use radar to detect changes in the blood — is a major step forward in medical science.

Moving forward, the team has a lot of work ahead of them. Refinement of the system is the first step; it must be able to precisely quantify glucose levels. Additionally, scientists still need to work out a way for the system to operate through human skin.

As if that isn’t enough, the team of researchers is also working closely with Infineon. They hope to shrink the radar device, which would make it both low-cost and low-power. This would be a significant factor should the team hope to commercialize their product.

The team hopes to have a wearable device within the next five years.