LG to Pay $1.825 Million for Failure to Report Defective Dehumidifiers 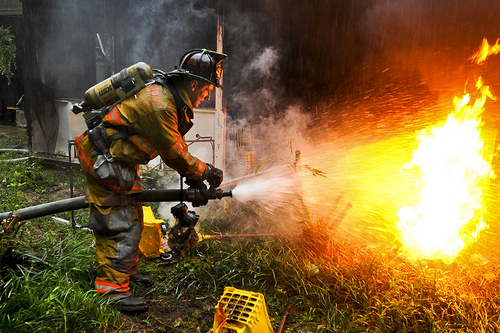 In 2003, LG began to receive consumer complaints about their Kenmore brand dehumidifiers catching fire and causing millions of dollars in property damage. The company continued to sell the defective appliances until 2009, and the dehumidifiers were finally recalled in 2012 and the recall expanded in 2013. Now, in July 2015, the Consumer Product Safety Commission (CPSC) just announced the consequence: a $1.825 million civil penalty. The CPSC says that despite having information about the defect and the “unreasonable risk of serious injury,” LG violated federal law because they did not report it right away. LG officially denied the charges, but agreed to pay the fine and maintain a CPSC-approved compliance program to “settle this matter without the delay and expense of litigation.”

The root of the problem was a defective fan that caused the dehumidifiers to overheat, smoke, and melt or catch fire. Obviously, this posed burn and fire hazards to consumers. LG manufactured and imported about 795,000 of these defective appliances. By the time they recalled the dehumidifiers in 2012, LG was aware of 107 incidents, including three reports of smoke inhalation and more than $7 million in property damage.

Now, LG must pay $1.825 million, which was the maximum penalty for knowingly failing to report defective products at the time that the events occurred, which is a distinction that saved the company millions of dollars. After August 2009, the Consumer Product Safety Act raised the maximum penalty to $15 million.