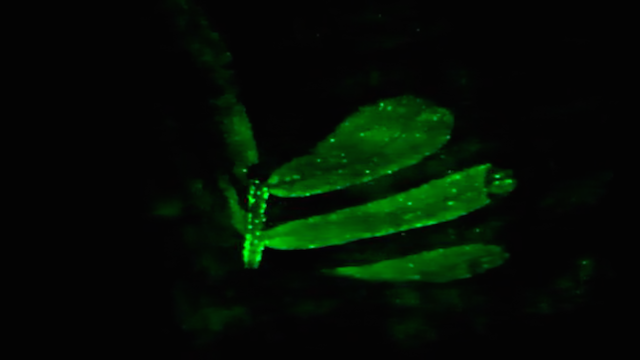 Scientists at the University of California, Berkeley have designed a camera that can create 3D images from a 2D image. This camera does not require a lens, and is extremely easy to build. Called DiffuserCam, this technology promises a whole new range of applications for 3D capture.

DiffuserCam is compact and relatively inexpensive to construct, making it a potentially powerful tool for scientists. This is because it is made up of nothing more than a diffusor place atop an image sensor. A diffuser is basically just a bumpy piece of plastic. With this deceptively simple hardware, researchers were able to reconstruct high resolution 3D images.

“The DiffuserCam can, in a single shot, capture 3D information in a large volume with high resolution. We think the camera could be useful for self-driving cars, where the 3D information can offer a sense of scale, or it could be used with machine learning algorithms to perform face detection, track people or automatically classify objects.”

It’s the software that makes DiffuserCam a high-tech wonder. The camera can reconstruct 100 million voxels (3D pixels) from 1.3 million pixels image — no scanning required. While the software attached to this technology is comparatively extremely complicated, it’s actually very easy to replicate and distribute. Users could make their own DiffuserCams at home with a minimum of effort.

Users can create a DiffuserCam with any type of image sensor available. Whatever option they choose, DiffuserCam will be able to image objects of all shapes and sizes — from the microscopic level all the way up to human-sized. The resolution is in the tens of microns range, so long as the imaging object is kept close to the sensor. Naturally, the resolution decreases the further back from the sensor the image is. Still, the quality is still relatively high — and researchers are already hard at work improving on it.

The DiffuserCam will be part of a bold new project at University of California Berkeley. The project intends to observe a million individual neurons. 1,000 of the neurons will be stimulated with single-cell accuracy. Funded by DARPA’s Neural Engineering System Design Program, the hope is to create implantable, biocompatible neural interfaces. These interfaces could one day be used to help those with visual or auditory difficulties.