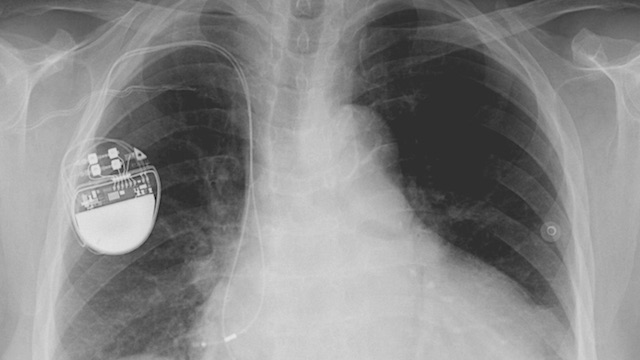 Researchers from Rice University and the Texas Heart Institute have designed a revolutionary new wireless pacemaker. Unlike previous models, it doesn’t even need batteries or wires to function. Additionally, this new model can be implanted straight into a patient’s heart. This is a tremendous step forward in pacemaker technology, as well as the future of medical devices as a whole.

Previous versions of the pacemaker were never placed directly into the patient’s heart. Instead they were placed slightly away. This allowed doctors to make modifications and upgrades as needed. All electrical signals from the pacemaker were sent to the heart by a type of wire known as a ‘lead.’

This design could lead to some serious complications. Bleeding and infection were not uncommon, and patients had to undergo regular minor surgery for maintenance. Other versions sought to solve this problem by removing the leads, but these were limited in their functions. But all that has changed with the new model, which has done away with both the traditional setup as well as the placement of pacemakers.

The new, wireless model of the pacemaker is capable of anything from single heart chamber pacing, dual chamber, to even biventricular pacing. This is a feat that other wireless models had been unable to replicate.

“This technology brings into sharp focus the remarkable possibility of achieving the ‘Triple Crown’ of treatment of both the most common and most lethal cardiac arrhythmias: external powering, wireless pacing, and—far and away most importantly—cardiac defibrillation that is not only painless but is actually imperceptible to the patient.

Mehdi Razavi, director of clinical arrhythmia research and innovation at the Texas Heart Institute, associate professor at Baylor College of Medicine, and collaborator on the pacemaker project

The new pacemakers rely on a single computer chip that is less than 4 millimeters wide to work effectively. It has a receiving antenna, pacing activation signal, power management unit, and even an AC-to-DC rectifier. The chip is powered using microwaves, and attached to a circuit board smaller than a dime. All of this tiny technology adds up to a big benefit for those in need of pacemakers.

This pacemaker, which has all the advantages of its predecessors without any of its weaknesses, is still in the prototype phase. Scientists behind it hope to further develop and improve upon this technology so it can soon be made available to the public.