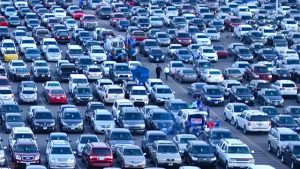 As vehicles are filled with more electronic components than ever, there is new potential for defects. Just over the last couple of weeks, recalls due to electrical problems were announced for several hundred thousand vehicles.

Chrysler Ram: 16,114 vans are recalled because of an ignition switch that may experience an intermittent loss of electrical contact. This creates a crash risk because it can cause a vehicle stall and/or a partial or complete loss of the air bags, anti-lock brakes, electronic stability control and/or instrument panel cluster.

Volkswagen Audi A6: 21,074 cars are recalled. In vehicles with heated and cooled seats, the Passenger Occupant Detection System used to enable the front passenger air bags, may malfunction and prevent the passenger-side air bags from deploying in a crash.

Halcore Group Horton: 18 ambulances recalled because an incorrectly installed circuit board component can cause electrical system failure of the interior and exterior lights, as well as other life-saving electrical equipment such as the oxygen system.

Ford Crown Victoria and Mercury Grand Marquis: 296,004 cars recalled because a defective lighting control module (LCM) could result in a loss of headlights that can reduce driver visibility and increase the risk of a crash.

Mercedes-Benz S550 Hybrid: 52 cars recalled because of a defective high voltage onboard charger. As a result, an external cable might not function properly and the onboard charger could incorrectly detect a charging cable, even while the vehicle is being driven. Under certain conditions, this can cause the vehicle to unexpectedly shift into park.

Honda and Subaru, Various Models: Honda and Subaru have expanded their list of models that are recalled because of Takata’s exploding air bag inflators. These recently recalled models join the millions of vehicles are affected by the massive, complicated air bag recall.