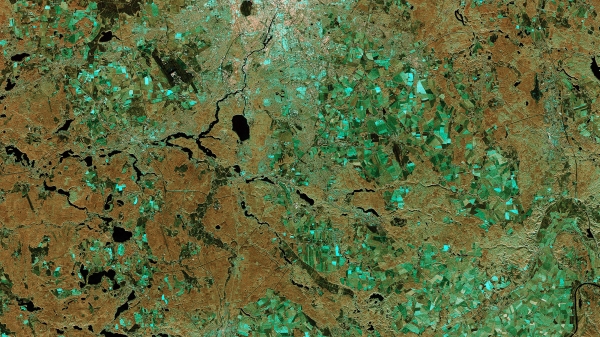 The European Space Agency has announced that their European data relay system (EDRS) successfully transmitted data to the Earth using laser communications terminal technology for the first time. The EDRS, also called the Space Data Highway, transmitted images from the Sentinel-1 Earth observation satellite to the Alphasat communications satellite in geostationary orbit and then transmitted the images to Earth.

The Space Data Highway is predicted to provide high-speed and secure data transfer between low earth satellites, aerial platforms, and geostationary satellites.  The ESA reported that data transfer rates reached 0.6GB per second over 45,000km. This proof-of-concept is an important step in demonstrating how the Space Data Highway can deliver images of the Earth just moments after they’ve been captured. These images will aid in open ocean surveillance and responding to natural disasters.