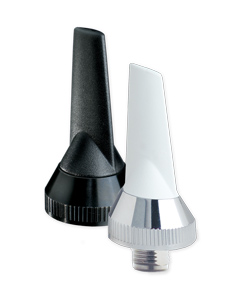 Racecomms, a motorsports specialists based in Australia and the official radio infrastructure supplier for Australian V8 Supercars, researched vehicular antennas in motorsports across the world. “The Phantom Elite offered a lot of advantages on paper for V8 Supercars,” said Matt Gibson, of Racecomms. “But, the true test was to let the race team engineers try out the product. If they thought it gave them an advantage, they would want it for their team, and the Laird Phantom Elite was chosen as the antenna standard for the 2013 season.”

The revolutionary design features field diversity with both vertical and horizontal polarization components. This gives the antennas frequency agility, low visibility, wide bandwidth and a low agile radiation pattern that is superior in most applications. Laird’s Phantom antennas are not only outfitted on Australian V8 Supercars, but they are also used by public safety, utility and transportation providers.

“The Phantom Elite antennas are truly innovative,” said Dion Chua, Laird Technologies territory sales manager. “They are less than half the length of a traditional whip antenna, but they outperform a 3db whip in many applications.”

The Phantom Elite series also features an optional mabd base, which does not need to be removed before the V8 Supercars are stacked for a grueling travel schedule from Australia to New Zealand, the U.S., and other stops. Gibson partnered with Laird’s Australian-based distributor, Control Synergy, to deliver the antennas to the teams.

“All of the teams have had great results so far with the Phantom Elite antennas,” Gibson explained. “The support from both Laird and Control Synergy has been extraordinary.”