KOA Speer Electronics, a leading supplier of passive electronic components, announced that they have once again received the Platinum Level, Diamond, and Best Quality Awards from TTI. The TTI Supplier Excellence Award Program represents the highest recognition possible of a supplier’s performance within TTI. The program is centered on quality measurements that include: on-time delivery, receiving quality, customer-reported quality, administrative quality, operations and business systems.

KOA Speer has been a Supplier Excellence Award recipient in 17 of 18 years that TTI has presented the awards. The Platinum Level Excellence Award is an honor that can only be achieved after superior performance for a minimum of 5 consecutive years. This year also marks the third consecutive year that KOA Speer receives the Diamond and Best Quality awards, which are awarded to the supplier with the overall highest point achievement, and to the supplier who scores the highest in each of the possible Quality categories. 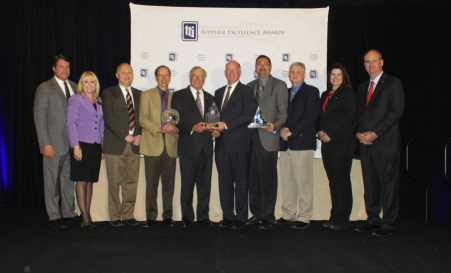