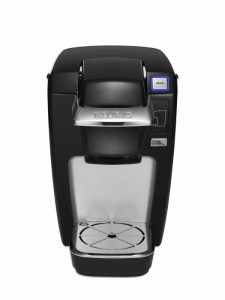 Keurig issues recall for MINI Plus Brewing Systems due to potential for the water to overheat during the brewing process, spraying out, and burning consumers. Over 200 hundred incidents of hot liquid escaping the brewer have been reported along with an additional 90 reports of burn related injuries.

The MINI Plus brewing system was sold at major retailers such as Kmart, Kohl’s, Target, and Walmart, as well as on the brand’s website. Units were sold from December 2009 to December 2014 for approximately $100 USD. The recall involves model number K10 (or previously marked B31) with an identification number starting with “31”. Effected brewers are single-serve and were sold in over 13 colors with silver trim.

To learn if your Keurig MINI Plus Brewer has been recalled view the complete recall notice.