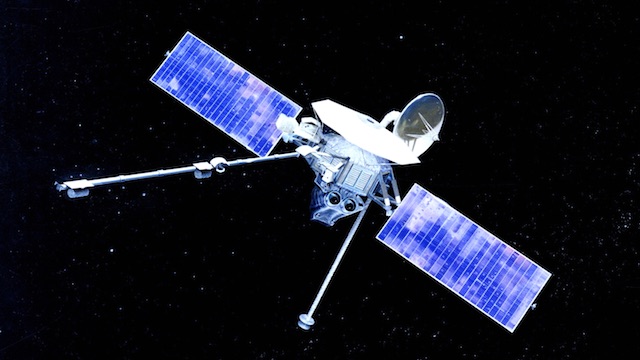 Scientists from NASA’s Jet Propulsion Laboratory (JPL) at the California Institute of Technology have a bold new theory on the future of space exploration. They believe that the future of space exploration, and uncovering some of the mysteries of the universe, will fall to artificially intelligent space probes. These robots, according to the scientists, will be so intelligent that they won’t rely on people back on Earth giving them instructions.

This is an exciting theory, but could prove much more difficult than it sounds. Space science has proven a challenging field, with engineers struggling to design devices that can withstand the challenging journeys will still providing scientists back home with useful data. But the scientists behind this theory insist that the only way to forge ahead in space exploration is by focusing on intelligent drones that won’t fail if they’re cut off from communication with Earth.

For these artificially intelligent probes to succeed, it will mean advances in technology we have not yet reached. It won’t be enough for the probes to follow commands or fulfill protocol; they must be capable of understanding their goals and taking steps to accomplish them, all without outside influence or interference. But while this will be difficult, the scientists maintain it is utterly essential if humans are to successfully expand our exploration of the universe.

This level of autonomy has yet to be achieved, but there have been promising advances in the field. Robots and probes have grown increasingly complex over the years, becoming capable of intricate and challenging work on distant planets. Unfortunately, they still rely on human orders and directives to achieve their goals; scientists believe this is a failing that must be corrected, sooner rather than later.

Why is it so important for these probes to be equipped with artificial intelligence? Not only would it eliminate the need for constant communication between Earth and the probes, it would allow the robot to react in real time to events. The probe would be able to adjust accordingly to weather changes or problems with the terrain. The scientists even believe that with enough work, the probes would be capable of constructing tools to help with their research. In essence, the robots would be entirely self-sufficient.

As humanity continues to explore the stars and the universe we live in, artificially intelligent probes may prove the essential tool to future discoveries.