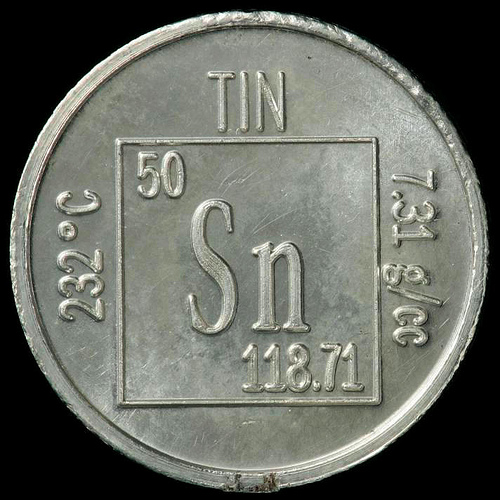 While many scientists are busy tinkering with graphene, a team of researchers from Stanford University and several Chinese institutions grew a brand new 2D material called stanene. The material is made of a single layer of tin atoms, which form a thin mesh honeycomb structure on top of a supporting substrate. Two years ago, physicists predicted that 2D tin would have exotic characteristics that would allow it to conduct electricity without generating any waste heat. This property would make stanene a perfect material for carrying current in electrical circuits. Now that stanene exists, the next step will be finding out if it lives up to expectations.

In a paper published in Nature Materials this month, the researchers describe how they created stanene by vaporizing tin in a vacuum chamber and allowing the atoms to collect onto a supporting surface made of bismuth telluride. Now stanene (from the Latin stannum for tin) joins a growing list of trendy 2D materials such as graphene, silicene, and phosphorene.

In theory, stanene is in a new class of material called a topological insulator. At room temperature electrons shouldn’t be able to move through the 2D tin, but they can move along its surface without colliding with other electrons and atoms. If this is true, stanene could be used to make wires that carry electricity without heating up or losing energy. The researchers used a scanning tunneling microscope to see the material, but unfortunately they were not able to complete conductivity tests. They suspect that the substrate might have interacted with the mesh, but they’ll need to take a closer look to be sure. It might be possible to analyze the material using X-ray diffraction, but first the researchers will have to grow a larger sample.