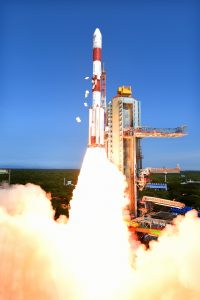 India’s space agency just put 20 satellites into orbit on a single launch—a record number for the agency. Only Russia and the United States have ever launched more satellites in a single mission. The Indian Space Research Organisation (ISRO) is quickly proving to be an inexpensive option for space travel that could possibly rival emerging commercial aerospace companies. ISRO’s budget is just a fraction of NASA’s, but the Indian space program has still managed several significant achievements, such as a 2014 Mars orbiter mission and launching a prototype of its reusable space shuttle this May.

Over the years we developed expertise & capability to help other nations in their space initiatives. This is the skill of our scientists.

Our space programme has time and again shown the transformative potential of science & technology in people’s lives.

20 satellites in a go! @isro continues to break new barriers. Hearty congratulations to our scientists on the monumental accomplishment.

The 20 satellites that launched on June 22 included two from Indian academic institutions and ISRO’s own satellite for earth observation. The remaining 17 were from foreign countries (U.S., Canada, Germany, Indonesia), with most being for earth observation and one for amateur radio operations.