Improving The Efficiency Of Organic Electronics 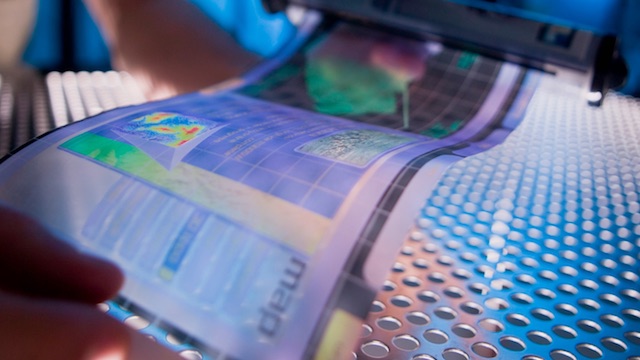 Scientists from Chalmers University of Technology, Sweden, have created a clever new way to double the efficiency of organic electronics. Researchers believe this new innovation could help improve the effectiveness of plastic-based solar cells, OLED-displays, and bioelectronics — to name just a few.

Electronic devices rely on a function in their process known as doping. Doping is when impurities are woven directly into the semiconductor in order to help enhance its electrical conductivity. This process applies to both organic and inorganic semiconductors, although the process is a bit more complex for the organic ones.

But scientists think they’ve dealt with this issue, thanks to a process called ‘double doping.’ This method allows scientists to move two electrons to every dopant molecule, essentially doubling the conductivity of the semiconductor.

“The whole research field has been totally focused on studying materials, which only allow one redox reaction per molecule. We chose to look at a different type of polymer, with lower ionisation energy. We saw that this material allowed the transfer of two electrons to the dopant molecule. It is actually very simple.”

Scientists believe this innovation could lead to dramatic improvements in a variety of technologies that have suffered due to a lack of conductivity. Polymers generally do not conduct current well enough to prove effective for mass-produced polymer-based electronics. But by doubling the conductivity of polymers and relying on the same amount of dopant material, scientists believe that they can now move forward with commercializing a variety of emerging technologies that were stuck in limbo.

Researchers are continuing to work on their innovation, and how it could impact multiple fields of study. Polymer technologies is their primary focus, but they’re also working with researchers on thermoelectriciy, flexible electronics, and bioelectronics — to name just a few. Scientists will next work on developing electronically conducting textiles for organic solar cells.