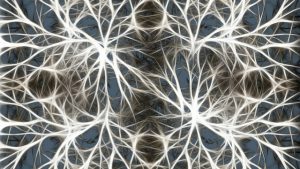 A new implantable brain chip could someday replace the drugs that are commonly prescribed to treat depression and other mental illnesses. IEEE Spectrum reports that the device can detect and automatically adjust the brain’s neurotransmitters. It normalizes dopamine just like a thermostat regulates the temperature in a room; if the levels are too low then it sends an electrical pulse to tell neurons to release the correct amount in order to achieve the ideal balance. The device is currently set up for dopamine, the neurotransmitter that is involved in the reward and pleasure centers of the brain, but it could be optimized for other neurotransmitters in the future.

Researchers at Case Western Reserve University developed the device, which they say has several advantages over pills. With antidepressant drugs such as Prozac, patients have to remember to take their medicine every day. The chip would be long-lasting. More importantly, the brain chip is more customized and personalized, since it responds directly to the individual’s unique brain chemistry. The researchers described their work in a paper that published in IEEE Transactions on Biomedical Circuits and Systems.

So far, the device has only been tested in lab rats. It will likely take many years of additional research before it could be ready for human trials. First, the researchers would have to overcome several major challenges. They will have to figure out a novel way to power the brain chips. Additionally, it’s not yet clear how the human body would react to the implant.