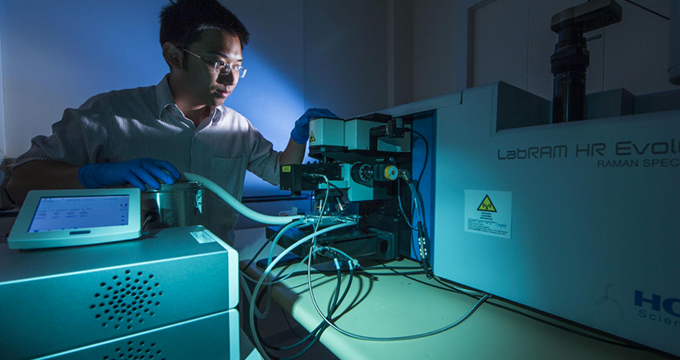 Scientists from The Australian National University in collaboration with National Renewable Energy Laboratory in the US have created a powerful new tool to help detect defects in a wide variety of different consumer technologies. Researchers say this invention will allow manufacturers to pick up on defects or unwanted features in everyday technology much more easily and far earlier in the fabrication process, which could be extremely useful for a number of applications.

After the light is captured by the special camera, scientists can then get to work using the optical images to learn more about the material and how it functions. During this process, the researchers are primed to pick up on any irregularities or flaws that might be present in the material.

“We tested this invention extensively on various state-of-the-art perovskite solar cells made here at ANU and independently confirmed the results with many other low-speed or low-resolution techniques. They matched perfectly.”

The team of scientists first tested this new method with a little help from the optical bandgap of a material. They used the system to capture images of the optical bandgap, which is known to control may of the properties of semiconductors — most significantly, the ability to conduct electricity and absorb light. This provided scientists with essential information about the material, so they could make any necessary changes going forward to ensure optimal working conditions.

Perhaps what is most impressive about the new system is the speed with which it can render these high-quality images. Previously, it could take a whole week to get a single high-quality bandgap image. With this new technology, scientists have to wait mere seconds before they receive a image of the same high-quality level.

Because the components of this system are all commercially available, the cost of the entire tool is surprisingly low — particularly considering how quickly it works. Scientists are now working on refining their invention so it can be commercialized.