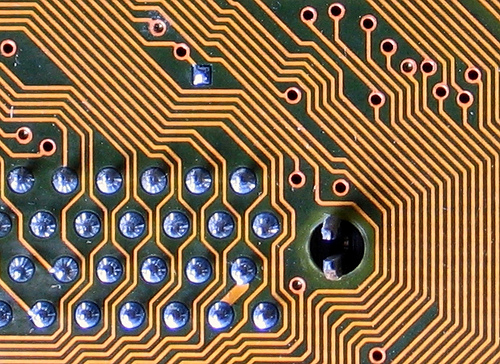 The International Electrotechnical Commission has released the first edition of IEC 61837-3:2015.

“IEC 61837-3:2015 deals with standard outlines and terminal lead connections as they apply to SMDs for frequency control and selection in metal enclosures and is based on IEC 61240 which standardized layout rules of outline drawings of the surface-mounted devices. This edition includes the following significant technical changes with respect to the previous edition:
– The outline drawing is defined as one set of drawings consisting of four views, which are the view from above, the front view, the view from the right, and the view from below; the view from the right was drawn optionally in the previous edition.
– The height of package (G1) is eliminated, instead total height is expressed by the symbol letter G or with a subscript number.
– The dimensions of terminal lead spacing are shown by the centre position of the terminal leads and its basic value e is 2.54 x n mm (n is an integer) and 1,27 x n mm for package dimensions smaller than 6 mm (See IEC 61240:2012, 5.5). If the terminal lead spacing is not a multiple of the basic value, a subscript number such as e1, e2 is attached, e.g. e1, e2, etc. If there are plural spacing values, the subscript number is followed by a hyphen and numbers such as e1-1, e1-2 , etc.
– In terminal land areas, the lengths of each terminal pad are now expressed with maximum values for consumer’s convenience. They were expressed as minimum values in the previous edition of IEC 61837-3.
– If there are plural identical enclosures with different height, each enclosure was expressed by a dash (/) and a two-digit number after the basic type name. The identity references are given in the table of the sheet.
– The configurations of the enclosures were revised as shown in Table 1.