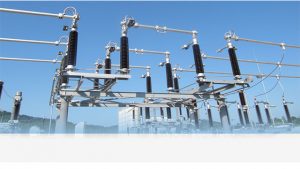 The International Electrotechnical Commission (IEC) has released IEC 62271-111:2017 PRV. This standard applies to high-voltage switchgear and controlgear – Part 111: Automatic circuit reclosers for alternating current systems up to and including 38 kV. This pre-release version is now available at the IEC webstore.

Description: “IEC 62271-111:2017 PRV applies to all overhead, pad-mounted, dry vault and submersible single or multi-pole alternating current automatic circuit reclosers for rated maximum voltages above 1 000 V and up to and including 38 kV.

Devices that require a dependent manual operation are not covered by this document.
In order to simplify this document where possible, the term recloser (or reclosers) has been substituted for automatic circuit recloser(s) or cutout mounted recloser(s) or both.
This third edition cancels and replaces the second edition, published in 2012, and constitutes a technical revision. The main changes with respect to the previous edition are as follows: