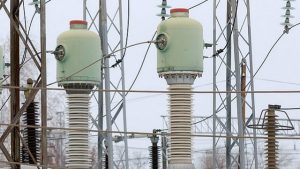 EC 61869-6:2016(E) is a product family standard and covers only additional general requirements for low-power instrument transformers (LPIT) used for a.c. applications having rated frequencies from 15 Hz to 100 Hz covering MV, HV and EHV or used for d.c. applications. This product standard is based on IEC 61869-1:2007, in addition to the relevant product specific standard. This part of IEC 61869 does not cover the specification for the digital output format of instrument transformers. This part of IEC 61869 defines the errors in case of analogue or digital output. The other characteristics of the digital interface for instrument transformers are standardised in IEC 61869-9 as an application of the standards, the IEC 61850 series, which details layered substation communication architecture. This part of IEC 61869 considers additional requirements concerning bandwidth. General Requirements; however, the reader is encouraged to use its most recent edition. This first edition of IEC 61869-6 cancels and replaces the relevant parts of IEC 60044-7, published in 1999, and of IEC 60044-8, published in 2002.

IEC 61869-9:2016(E) is a product family standard applicable to instrument transformers with digital output. The product standard is composed of IEC 61869-1 and IEC 61869-6, in addition to this standard and the relevant product specific standards in the IEC 61869 series (Part 7, Part 8, Part 12, Part 13, Part 14, and Part 15). This standard defines requirements for digital communications of instrument transformer measurements. It is based on the IEC 61850 series, UCA international users group document Implementation guideline for digital interface to instrument transformers using IEC 61850-9-2, and the relevant parts of IEC 60044-8 that are replaced by this standard. It includes additional improvements including the IEC 61588 network based time synchronization. This first edition replaces the corresponding specific requirements previously contained in IEC 60044-8, published in 2002. This International Standard contains specific requirements for electronic low power instrument transformers (LPIT) having a digital output. However, the reader is encouraged to use its most recent edition. This publication contains an attached file in the form of a .xml file. This file is intended to be used as a complement and does not form an integral part of the publication.