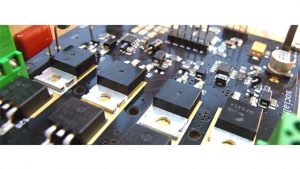 The International Electrotechnical Commission (IEC) has released IEC 61071:2017 RLV for capacitors for power electronics; and is now available on the IEC webstore.

IEC 61071:2017 applies to capacitors for power electronics applications. The operating frequency of the systems in which these capacitors are used is usually up to 15 kHz, while the pulse frequencies may be up to 5 to 10 times the operating frequency. The document distinguishes between AC and DC capacitors which are considered as components when mounted in enclosures. This document covers an extremely wide range of capacitor technologies for numerous applications, e.g. overvoltage protection, DC and filtering, switching circuits, energy storage, auxiliary inverters, etc.

This second edition cancels and replaces the first edition published in 2007. This edition constitutes a technical revision. This edition includes the following significant technical changes with respect to the previous edition: