Hyperloop Testing to Begin in Early 2016 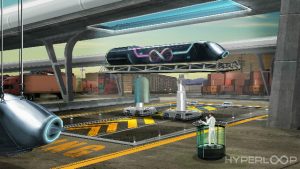 Hyperloop Technologies will start testing its ridiculously fast propulsion transportation system in Nevada as soon as next month. This is the first step toward the company’s goal of building a fully operational hyperloop system by 2020.

Tesla and SpaceX founder Elon Musk originally came up with the idea for a hyperloop transportation system in 2013. As an outspoken advocate for the open source movement, Musk published his ideas in a white paper and encouraged others to take the project to completion, since he is too busy with other projects, such as sending people to Mars, transforming the auto industry, and eliminating fossil fuels. The system will use an electromagnetic system to push tubes full of passengers along a raised track at speeds as fast as 750 miles per hour.

In the first quarter of 2016, Hyperloop Technologies will conduct preliminary tests on a 50 acre site in North Las Vegas. The company is planning to construct a 3km (1.86 mile) full-scale, full speed prototype and have the test site fully operational in late 2016 or early 2017.

Hyperloop Technologies Inc. was founded in 2014 and now employs a team of 72 full time employees at the company’s Los Angeles headquartered. This is not to be confused with Hyperloop Transportation Technologies (HTT), a different company that is building a five mile hyperloop test track in California.