Hyperloop Test Track is Under Construction 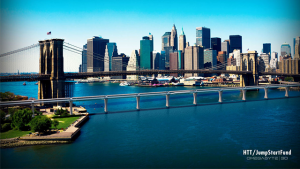 A test track for an ultrafast transportation system called Hyperloop is being built in California. Billionaire entrepreneur Elon Musk proposed the Hyperloop in 2013, but he has been too busy with Tesla and SpaceX to tackle the job himself. A new company called Hyperloop Transportation Technologies (HTT) has now announced plans to take the project forward. HTT uses crowdsourced engineering talent by paying experts (from universities and companies such as Boeing and SpaceX) in stock options. The company raised $100 million to fund the construction and operation of a five mile test track.

Hyperloop uses magnets and fans to push passenger pods through elevated tubes at extremely high speeds. The tubes would be topped with solar panels and be built on top of pylons. “It’s guided by an electromagnetic system that we’ve developed,” Dirk Ahlborn, head of HTT, told National Geographic. “We’ve licensed technologies to make sure the acceleration and deceleration can be done in a comfortable way.”

The track now under construction in California will enable HTT to test the system at relatively slow speeds of 200 to 300 miles per hour. Musk’s vision of Hyperloop would reach 750 miles per hour, which is fast enough to travel from Los Angeles to SanFrancisco in just 30 minutes, a trip that normally takes six hours by car. HTT says it could build the final track in ten years for about $16 billion. This would be significantly cheaper than California’s planned $67.6 billion high-speed rail because the Hyperloop system would be raised in the air next to existing highways, which reduces land acquisition costs associated with building train tracks.

Construction is scheduled to finish in 2017, and if initial safety tests pass, people could the ride test track by 2018. However, HTT faces some formidable challenges: the region’s notorious earthquakes, competition from other companies, the limits of solar power, and concerns about passenger comfort and safety at such high speeds. Although the plan is to stay in the U.S., Ahlborn has also said he would consider moving the project overseas to Singapore or Dubai in order to avoid U.S. politics, lawsuits, and right of way issues.