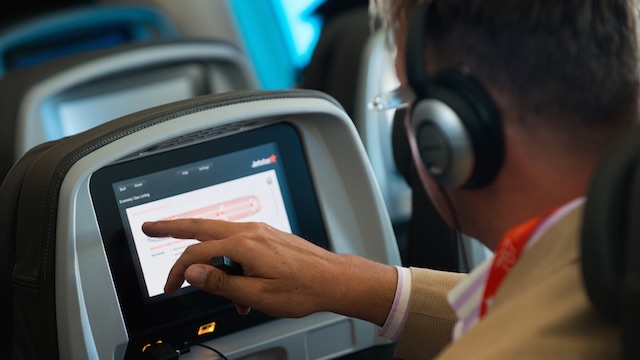 Technology is a wonderful thing; among other perks, it lets us play with our phones while soaring through the sky on an airplane. Unfortunately, this particular feature causes some complications. All those devices that help us while away the dull hours add to a lot of disruption for the plane itself (that’s why they ask you to turn off everything during takeoff and landing). And as our aircraft rely increasingly on electronic resources, this has become a serious problem. Luckily, one small start up has devised a system that could dramatically cut down on all that interference.

Weigele Aerospace has created a device that detects rogue electromagnetic interference (EMI) inside the cabin of a plane. The device identifies EMI not only from the passengers onboard, but from the plane itself. Should any new technology (such as in-flight entertainment) produce more EMI than is allowed, the invention will quickly alert the flight crew.

The device (which they have named Quahuay) operates on three software-defined radios that scan or receive on all frequencies. If anything strange or out of the ordinary comes through, Quahuay can immediately tell the other devices to hone in on that frequency. From there, engineers can calculate the location and amplitude of the rogue EMI.

As complex as this sounds, the team behind it insists that it’s actually quite simple. This means that Quahuay could be very easily used by a variety of airlines without having to add on complicated and difficult detection systems. The technology relies on wireless networks to get the job done, so there’s not a lot of extraneous technology hanging around. Even better, the devices are quite small, making it easy to scan for any problematic EMI.

The only downside is that the start up is looking for a partner to actualize this device. The prototype is all set — now comes mass production. With only five people in the start up, the project is simply to large for them to take on without help. Hopefully a larger company with resources will pick up this innovative idea, and make it a part of airlines everywhere.