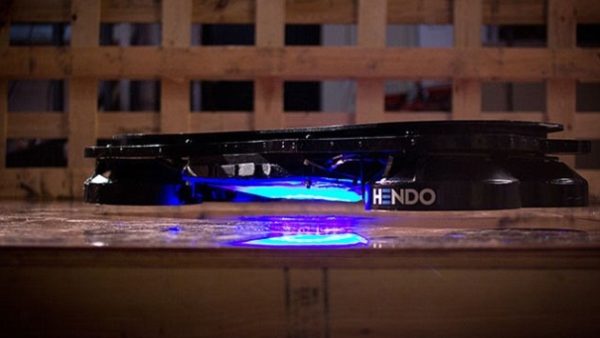 While developing a way for buildings to withstand earthquakes better, a California architect came up with an idea to use electromagnetic fields to separate a building from the ground during an earthquake. To further his idea, he started testing his theory using a board that would allow people to float in mid-air.

The hoverboard uses four engines that emit magnetic fields that push against each other, when the board is used on top of a conductive surface. The metal surface operates as a secondary magnetic field to keep the board floating. The board has been testing to hold up to 40 pounds, and the battery cell lasts approximately seven minutes.

Read more about the development of the hoverboard.