Honda Accord Recalled for Noncompliance 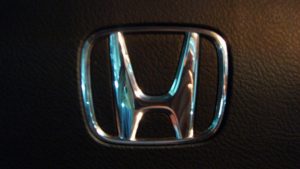 While Takata’s defective air bags have caused injuries, deaths, and forced millions of vehicles to be recalled, they have also put automotive safety in the spotlight. When Honda was investigating Takata’s inflators in certain Accord sedans, they found another reason to recall the cars: they failed to comply with the requirements for occupant crash protection. Consequentially, model year 2004-2007 Honda Accords are now being recalled for noncompliance.

The incorrect passenger frontal airbag module does not comply with the FMVSS 208 advanced airbag requirements that came into effect for the 2003 model year, which could increase the risk of injury in the event of a crash.

The problem originated at Honda’s plant in Guadalajara, Mexico, where  Central/South American spec passenger air bag assemblies were accidentally installed in U.S. spec cars. Although only a small number of cars have the wrong parts, improper record keeping makes it impossible to determine which vehicles are affected, so a total of 11,602 vehicles will now be recalled for inspection. If an incorrect passenger frontal airbag module is installed, dealers will replace the airbag module, free of charge. This recall overlaps with an open Takata passenger inflator recall, and the repair will solve both issues.