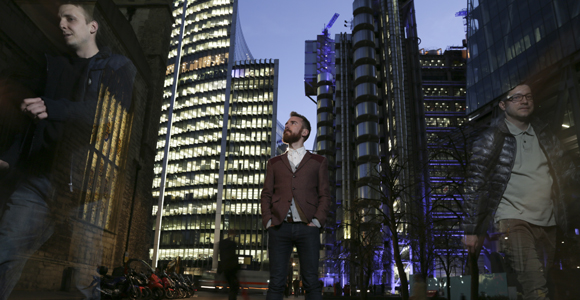 At an early age Frank Swain experienced hearing loss and in his mid 20’s began a collaborative project with artist and software engineer, David Jones, to explore ways to enhance his hearing experience. The duo decided to hack Swain’s hearing aids to sonify WiFi revealing a hidden architecture.

The hacked hearing aids can pick up WiFi signals and produce sounds to translate the network identifiers, data rates, and encryption modes. To indicate network density there will be a layer of clicks, similar to a Gieger counter. The intensity of the clicks is representative of the density. Furthermore, the location of the WiFi network is indicated by the sound being released through the right or left ear hearing aids.

This project, called Phantom Terrains, uses the translation of WiFi into sound to demonstrate that through assistive technologies devices have the ability to enhance a disability and become augmentations as opposed to just prosthetics.

Read a recent interview of Frank Swain by Starkey