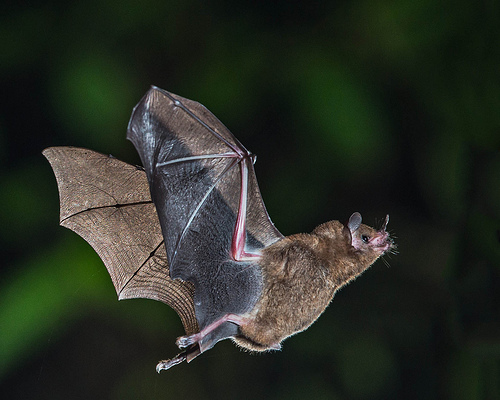 There has been so much talk among engineers about the many exciting ways graphene can enhance technology. This 2D material has such a unique combination of properties—lightweight, strong, thin, and conductive—that researchers have used it for a wide range of applications, such as medical, computing, communications, energy, and electronics, to name just a few. However, graphene is still in its infancy, and has remained in the lab. Physicists from the University of California, Berkeley, have now taken a big step toward commercialization by using graphene to build high-quality ultrasonic speakers and microphones.

Traditional microphones and speakers use diaphragms made of paper or plastic that vibrate to produce or detect sound. The researchers recognized that graphene “hits all the sweet spots for a communications device.” It is an excellent material for diaphragms because it is stiff and strong, while still being thin and light enough to respond to frequencies ranging from subsonic (below 20 hertz) to ultrasonic (above 20 kilohertz). To top it off, graphene membranes convert over 99 percent of the energy driving the device into sound, which is much more efficient than today’s piezoelectric loudspeakers and headphones, which convert only 8 percent into sound.

The new microphones will allow scientists to record high frequency sounds better than ever before. The graphene-based speakers give humans bat-like abilities to use sound to communicate in situations where electromagnetic waves can’t penetrate, such as through steel or underwater. The technology can also be used to gauge the distance, size, and speed of nearby objects, just like the echolocation that marine mammals use for navigation. Graphene-based speakers won’t just be used by scientists; the researchers say that consumers will enjoy the high sound quality, with a flat response across the entire audible frequency range.

“A number of years ago, this device would have been darn near impossible to build because of the difficulty of making free-standing graphene sheets,” said UC Berkeley physicist Alex Zettl, in a statement. “But over the past decade the graphene community has come together to develop techniques to grow, transport and mount graphene, so building a device like this is now very straightforward; the design is simple.” The researchers describe their work in a paper published in the Proceedings of the National Academy of Sciences.