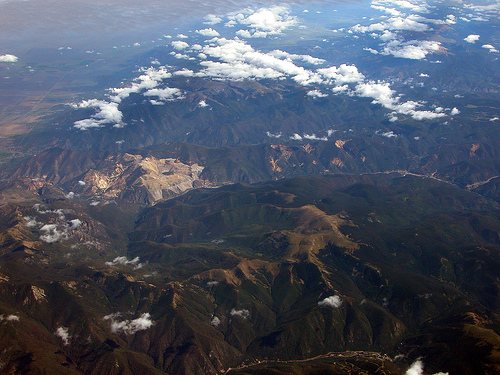 With most of the world’s population still offline, everyone from aerospace companies to local governments are finding creative new ways to get more people connected to the Internet. Most recently, Google filed an application with the FCC to test drones in New Mexico for broadcasting data from the sky. Earlier this year, Google acquired Titan Aerospace, a company that specializes in solar and electric drones that are especially good at flying at high altitudes for long periods of time. “These systems may eventually be used to provide Internet connections in remote areas or help monitor environmental damage, such as oil spills or deforestation,” said Google, in their application to the FCC. The drones would fly at altitudes above commercial aircraft and below where satellites orbit.

Google is also working with several international telecommunications companies to broadcast LTE services from the sky by floating broadband transmitters on balloons. The company sees airborne internet service as a huge new source of revenue, and they have estimated that the balloons could bring in tens of billions of dollars each year. Plenty of other companies are joining the cause, whether to scoop up new customers or for the altruistic goal of providing worldwide access to information (most likely—both!).

Facebook founder Mark Zuckerberg has said that internet access should be a basic human right, and he launched Internet.org, an initiative to bring inexpensive wireless data to the whole world. His approach is to improve technology so that data usage is more efficient and to utilize some of the wasted “white space” wireless spectrum that is between television signals. Virgin Galactic and SpaceX (with financial backing from Google) have started a modern race to space to make the internet available by building satellite constellations. With innovative solutions coming from all sectors, regulators will need to quickly catch up to set new standards for sharing air space and the wireless spectrum.