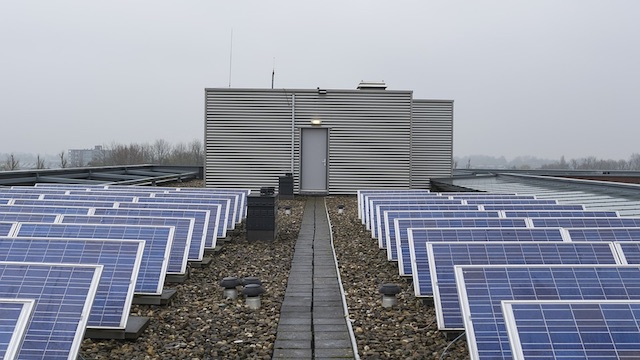 A new study from Rutgers University New Brunswick could hold the key to boosting renewable energy and fighting climate change. Scientists have created a new method for producing hydrogen from water that is significantly more effective than previous methods. This technology could play a significant role in increasing the use of renewable energy and fight against some of the effects of climate change.

“Instead of using ultraviolet light, which is the standard practice, we leveraged the energy of visible and infrared light to excite electrons in gold nanoparticles. Excited electrons in the metal can be transferred more efficiently into the semiconductor, which catalyzes the reaction.”

Gold nanoparticles shapes like stars are coated with a semiconductor. Once this happens the nanoparticles can use water to produce hydrogen over four times more efficiently than other methods. The researchers used a method of harnessing sunlight in order to make faster or cheaper reactions. This process is known as photocatalysis. Traditionally titanium dioxide illuminated by ultraviolet light is used a a catalyst; unfortunately, this method is fairly inefficient.

Scientists tapped visible and infrared light. This allowed the gold nanoparticles to absorb the light more quickly. Some of the electrons generated by the light absorption are then transferred to nearby materials, such as titanium dioxide. The gold nanoparticles were coated with titanium oxide before being exposed to visible, infrared, and UV light. Scientists discovered that as a result, electrons could produce hydrogen from water far more efficiently. The hydrogen could then be used to store solar energy. When the sun is not shining, the hydrogen can simply be combusted.

The results of this work provided scientists with a far deeper understanding of the mechanics of such technology. Additionally, the researchers were able to use use extremely low temperature synthesis to coat the gold particles with crystal titanium.

This research is far form over. The team of scientists is still investigating exactly how this material operates and interacts with others. Once the fully understand it, researchers will be able to create a variety of different materials with applications in an assortment of different fields. Scientists are confident that they can next convert carbon dioxide into a usable resource, which would increase the versatility of sunlight as a power source and help to combat the growing concern of global warming.