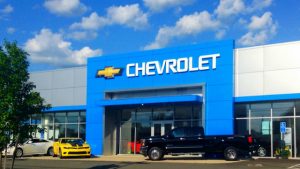 General Motors (GM) is recalling several 2016 models for electrical problems that increase the risk of injury in a crash.

Certain 2016 Buick Regals have a power-steering assist system that can fail while driving. If this occurs, the vehicle will lose power-steering assist. Drivers will still be able to steer the car, but it will require more effort, particularly at lower speeds, which could increase the risk of a crash. To solve this issue, GM will notify owners, and dealers will replace the electric belt drive rack and pinion steering gear assembly, free of charge.

At the same time, a separate recall includes 2016 models of Chevrolet Camaro, Malibu, Silverado and GMC Sierra vehicles. This issue will be fixed with a free software update.

The radio may intermittently fail to provide an audio warning when the key has been left in the ignition and the door is opened or when the driver does not fasten their seat belt. As such, these vehicles fail to comply with the requirements of Federal Motor Vehicle Safety Standards (FMVSS) number 114, “Theft Protection”, and/or 208, “Occupant Crash Protection.”