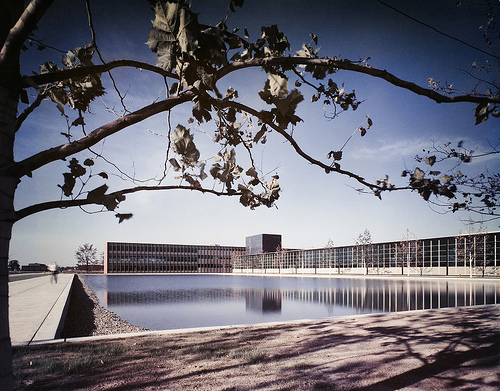 General Motors (GM) is considering a $1 billion renovation for their Tech Center just outside of Detroit in Warren, Michigan. Many automakers will need to make similar investments in order to ensure that engineers have the resources they need to keep up with demand for high-tech vehicles. Each year cars are increasingly connected with more software than ever before, and designing and testing autonomous vehicles will require further research and development.

GM has asked the city for a tax break on the proposed project, which was announced by the mayor of Warren last week. The center hasn’t had any major upgrades since it was built in the 1950s. The plan includes new buildings with enough office space to accommodate 2,500 new hires, mostly in electrical engineering, information technology, and software development.