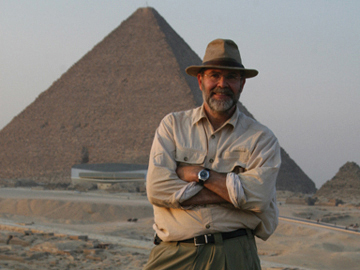 It is with profound sadness and broken hearts that we here at In Compliance Magazine mourn the untimely passing of our dear colleague, mentor and friend, Glen Dash, who died on September 19th at age 66.

Lorie (our Publisher) and Bill (our Features Editor) both had the honor of working with Glen in the late 1980s/early 1990s at Dash, Straus and Goodhue, a Boxboro, MA-based compliance testing laboratory co-founded by Glen when he was just in his early 30s. Working closely with Isidor Straus and Ira Barry, Glen quickly built a successful company over the next 10 years that was named to Inc. Magazine’s list of the 500 fastest growing companies three years in a row.

Early on in his career at DS&G, Glen perceived that the general lack of knowledge throughout the industry about applicable regulations and standards was holding back the development and global distribution of advanced electrical and electronic designs. So in 1984, he published the first annual issue of Compliance Engineering, a compendium of articles on various aspects of regulatory compliance issues facing the electronics and medical device industries. In 1988, Compliance Engineering moved to a quarterly publication schedule, becoming one of the leading publications on compliance issues in its time.

A few years after the sale of DS&G to Inchcape Testing Services in 1991, Glen returned to his lifelong passion for archeology, combining his extensive knowledge of engineering and remote sensing techniques to support research into the structure and development of some of the world’s most important archeological monuments. He made his most important contribution to archeology over the past decade in Egypt’s Valley of the Kings, where he worked with Dr. Zahi Hawass, Egypt’s former Minister of Antiquities, to conduct surface and subsurface surveys of the base of the Great Pyramid. Glen made what would be his final trip to Egypt this past spring.

Glen passed on to us his passion for writing and teaching about the ever-complex world of regulatory compliance. In the mid-1990s, Lorie moved on to co-found Conformity Magazine with Isidor and Jon Curtis, a former engineering manager at DS&G. With Glen’s encouragement, Lorie recruited Bill to join the team as Managing Editor, and they worked together for nearly a decade. When Conformity shuttered in 2009, Glen supported Lorie’s efforts to start up a new publication on regulatory compliance issues, In Compliance, with Sharon Smith and Erin Feeney, and with Bill playing a supporting role as Features Editor.

Now, 10 years on, his name doesn’t appear anywhere on our masthead. But Glen has been the invisible guiding spirit behind In Compliance and an incredible mentor to us all throughout our careers.

We will forever cherish our memories of Glen and of the times that we spent together! Thank you, Glen, for everything!