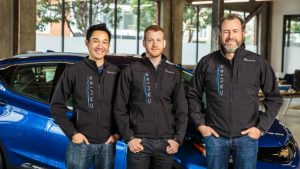 While tech companies such as Google have been getting attention for their self-driving cars, General Motors (GM) has also quietly been taking steps to embrace inevitable changes in the automotive marketplace. So far this year, GM has introduced a mass-market electric car, partnered ride-sharing company Lyft, and formed a car-sharing brand called Maven. All of this seems to be leading up to a future where instead of owning and driving cars, people would use an app to request on-demand rides from autonomous vehicles. Now, on Friday, March 11, GM announced plans to acquire Cruise Automation, a software startup that is best known for creating a kit that converts cars into autonomous vehicles for highway driving.

GM’s commitment to autonomous vehicles is inspiring, deliberate, and completely in line with our vision to make transportation safer and more accessible. We are excited to be partnering with GM and believe this is a ground-breaking and necessary step toward rapidly commercializing autonomous vehicle technology.

Financial details of the deal have not been announced, but Forbes reports that it will likely cost more than $1 billion to acquire the small company, which started just three years ago and has raised more than $18 million in venture capital funding. As part of GM, Cruise Automation will continue to operate independently from its San Francisco office, although it is already expanding, with nine open engineering positions and adding a technical recruiter (presumably to hire even more talent).