In Part 2 of this series we indicated that a key element in a successful static control program was the identification of those items (components, assemblies and finished products) that are sensitive to ESD and the level of their sensitivity. Damage to an ESDS device by the ESD event is determined by the device’s ability to dissipate the energy of the discharge or withstand the current levels involved. This is known as device “ESD sensitivity” or “ESD susceptibility.”

Some devices may be more readily damaged by discharges occurring within automated equipment, while others may be more prone to damage from handling by personnel. In this article we will cover the models and test procedures used to characterize, determine and classify the sensitivity of components to ESD. These test procedures are based on the two primary models of ESD events: Human Body Model (HBM) and Charged Device Model (CDM). The models used to perform component testing cannot replicate the full spectrum of all possible ESD events. Nevertheless, these models have been proven to be successful in reproducing over 99% of all ESD field failure signatures. With the use of standardized test procedures, the industry can:

One of the most common causes of electrostatic damage is the direct transfer of electrostatic charge through a significant series resistor from the human body or from a charged material to the electrostatic discharge sensitive (ESDS) device. When one walks across a floor, an electrostatic charge accumulates on the body. Simple contact of a finger to the leads of an ESDS device or assembly allows the body to discharge, possibly causing device damage. The model used to simulate this event is the Human Body Model (HBM).

The Human Body Model is the oldest and most commonly used model for classifying device sensitivity to ESD. The HBM testing model represents the discharge from the fingertip of a standing individual delivered to the device. It is modeled by a 100 pF capacitor discharged through a switching component and a 1.5kW series resistor into the component. This model, which dates from the nineteenth century, was developed for investigating explosions of gas mixtures in mines. It was adopted by the military in MIL-STD-883 Method 3015 and is referenced in ANSI/ESDA-JEDEC JS-001-2010: Electrostatic Discharge Sensitivity Testing – Human Body Model. This document replaces the previous ESDA and JEDEC methods, STM5.1-2007 and JESD22-A114F respectively. A typical Human Body Model circuit is presented in Figure 1. 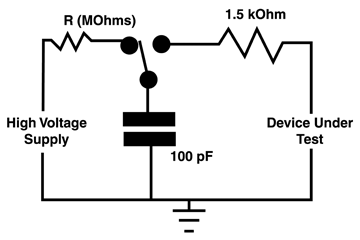 Testing for HBM sensitivity is typically performed using automated test systems. The device is placed in the test system and contacted through a relay matrix. ESD zaps are applied. A part is determined to have failed if it does not meet the datasheet parameters using parametric and functional testing.

The transfer of charge from an ESDS device is also an ESD event. A device may become charged, for example, from sliding down the feeder in an automated assembler. If it then contacts the insertion head or another conductive surface, which is at a lower potential, a rapid discharge may occur from the device to the metal object. This event is known as the Charged Device Model (CDM) event and can be more destructive than the HBM for some devices. Although the duration of the discharge is very short – often less than one nanosecond – the peak current can reach several tens of amperes.

The device testing standard for CDM (ESD STM5.3.1: Electrostatic Discharge Sensitivity Testing – Charged Device Model) was originally published in 1999. The test procedure involves placing the device on a field plate with its leads pointing up, then charging it and discharging the device. Figure 2 illustrates a typical CDM test circuit. The CDM 5.3.1 ESDA document was last published in 2009. 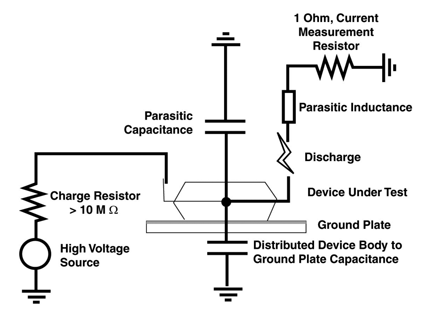 A discharge which is different in shape and size to the HBM event also can occur from a charged conductive object, such as a metallic tool or an automatic equipment or fixture. Originating in Japan as the result of trying to create a worst-case HBM event, the model is known as the Machine Model. This ESD model consists of a 200 pF capacitor discharged directly into a component with no series DC resistor in the output circuitry. The industry is in the process of removing this model from qualification requirements. The technical background on this change is described in Industry Council White Paper 1, “A Case for Lowering Component Level HBM/MM ESD Specifications and Requirements.”

As a worst-case human body model, the Machine Model may be over severe. However, there are real-world situations that this model may simulate, for example the rapid discharge from the metallic contacts on a charged board assembly or from the charged cables or handles/arms of an automatic tester.

Testing of devices for MM sensitivity using ESD Association standard ESD STM5.2: Electrostatic Discharge Sensitivity Testing – Machine Model is similar in procedure to HBM testing. The test equipment is the same, but the test head is slightly different. The MM version does not have a 1,500 ohm resistor, but otherwise the test board and the socket are the same as for HBM testing. The series inductance, as shown in Figure 3, is the dominating parasitic element that shapes the oscillating machine model wave form. The series inductance is indirectly defined through the specification of various waveform parameters like peak currents, rise times and the period of the waveform. The MM 5.2 document was last published in 2009. 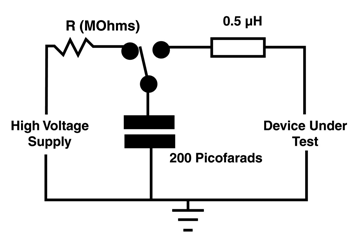 SDM testing is similar to testing for HBM and MM sensitivity. The device is placed in a socket, charged from a high-voltage source and then discharged. This model was originally intended to provide an efficient way to do CDM testing. However, the model did not have sufficient correlation with the CDM standard and there was too great a dependency on the specific design of the SDM tester. A Standard Practice (SP) document, SDM-5.3.2, was first published in 2002 and re-published in 2008. A technical report, ESD TR5.3.2 (formerly TR08-00): Socket Device Model (SDM) Tester is also available from the ESD Association. 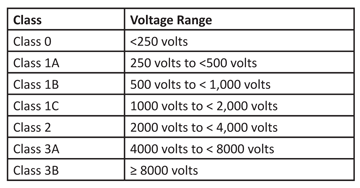 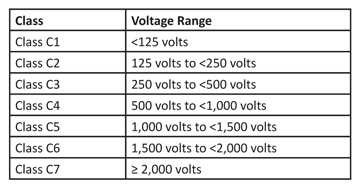 A fully characterized component should be classified using Human Body Model and Charged Device Model. For example, a fully characterized component may have 2 of the following: Class 1B (500 volts to <1000 volts HBM) and Class C3 (500 volts to <1000 volts CDM). This would alert a potential user of the component to the need for a controlled environment, whether assembly and manufacturing operations are performed by human beings or machines.

Device failure models and device test methods define the sensitivity of the electronic devices and assemblies to be protected from the effects of ESD. With this key information, you can design more effective ESD control programs.