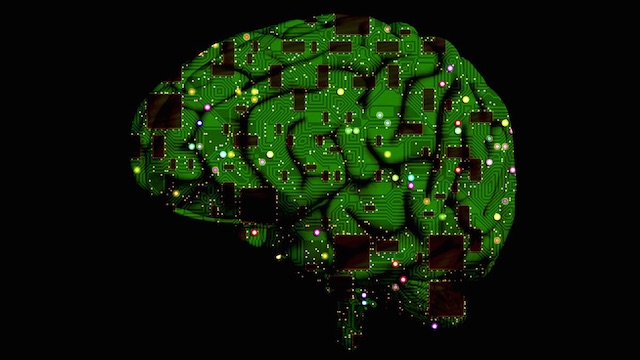 Scientists at Purdue University have created a new technique that allows 3D shapes to be rendered from 2D images, thanks to a little help from artificial intelligence. This technology can even create new shapes, using deep learning, and demonstrates that the AI is capable of abstract thought.

This method is known as SurfNet, and could have a variety of applications. It is of particular interest in connection with 3D searches on the internet. Additionally, SurfNet can be used to help robotics and autonomous vehicles develop a better understanding of their surroundings.

“If you show it [SurfNet] hundreds of thousands of shapes of something such as a car, if you then show it a 2-D image of a car, it can reconstruct that model in 3-D. It can even take two 2-D images and create a 3-D shape between the two, which we call ‘hallucination.’

Scientists are particularly excited about the potential SurfNet has in regards to developing 3D content. Using regular old 2D images, this technology can render 3D content for virtual reality. SurfNet learns both versions of each image (2d and 3D); with this knowledge, the program can then predict similar 3D shapes using other 2D images. This new method allows for greater accuracy and precision from the devices. Additionally, it is a significant step forward from current 3D deep learning methods that are commonly used.

“We use the surfaces instead since it fully defines the shape. It’s kind of an interesting offshoot of this method. Because we are working in the 2-D domain to reconstruct the 3-D structure, instead of doing 1,000 data points like you would otherwise with other emerging methods, we can do 10,000 points. We are more efficient and compact.”

Besides the fascinating possibilities this technology opens up for rendering image, it offers real-world practical applications for a variety of devices. Robotics that rely on object-recognition as well as self-driving vehicles could both take advantage of this technology. Theoretically they would only require standard 2D cameras to function in the 3D environment. But for that to become a viable reality, more basic research in the fundamentals of artificial intelligence will be needed.