Flexible, Organic, and Biodegradable; Will This Be the Onset of a New Era for Electronics? 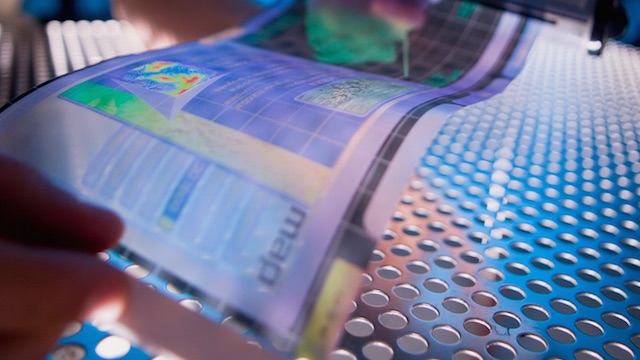 Electronics are a major part of our daily lives. Unfortunately, as a result so is electronic waste. This is an increasingly serious problem as our use of and reliance on technology increases at an astonishing level. Luckily, a team of Stanford scientists has decided to face this problem head-on and come up with a far more environmentally friendly solution.

Scientists at Stanford University in California have created flexible, organic, and biodegradable technological devices. These devices can be broken down by combining them with acids as weak (and common) as vinegar. This would significantly reduce the waste that comes about from our technological refuse.

The devices are made from a polymer that is a flexible and conductive plastic. This has several significant advantages over the older, more traditional models. It’s adaptable to a variety of needs and can be incorporated with current technology. Best of all, when it’s no longer useful it can biodegrade into nontoxic pieces.

The stretchable electrodes used in the technology are modeled off of the function and form of human skin. It took altering the chemical compounds used in the device to make it both flexible and biodegradable. Reducing technological waste was an enormous factor for the team, who sees this as a rapidly growing problem. The chemical bond between these compounds is sensitive enough that it biodegrades quickly, easily, and effectively — all without compromising the power of the electronic devices.

Another important factor in these new devices is gold: specifically, the lack thereof. Generally speaking, electronic components are made of gold; however, gold isn’t exactly the most environmentally friendly element out there. Instead, these flexible devices run on iron. Iron has the dual advantages of being environmentally friendly and nontoxic to humans.

Combining all these various factors into one flexible, biodegradable device was no easy feat. But the results have been well worth the effort. The question now becomes, what’s next? Will this new technology replace the old devices that built up so much waste? Will our devices become more streamlined and flexible over time, abandoning clunky old models and systems? Only time will tell, but it’s safe to say that the Stanford team has created a bold new type of much-needed technology.