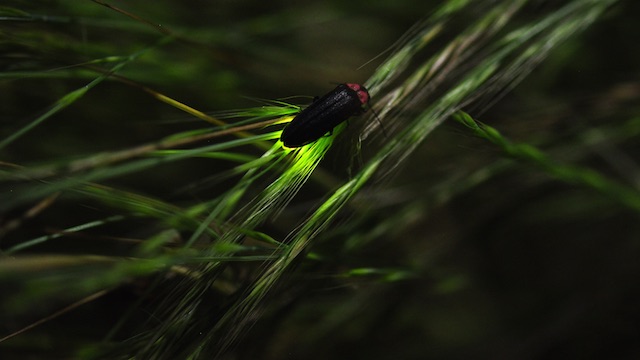 Scientists at the King Abdullah University of Science and Technology (KAUST) have created a new low-cost laser source capable of storing light energy within nanoscale disks. This laser source was inspired by nature, and could very well help further the development of neurocomputers.

Scientists have long believed that controlled laser pulses could provide us with speeds unrivaled by traditional electronics. Unfortunately, photonic devices remain elusive for one very simple reason: size. The lasers must be small enough to fit on a computer circuit board while still being able to shape and manipulate the pulses.

The solution to this seemingly insurmountable problem was anapole lasers. Anapoles are made from nanodisks constructed from semiconductors. They are extremely responsive to light stimulation, and can produce electromagnetic waves. When the nanodisks achieve specific frequencies, they can trap light without emitting energy in any single direction. This is a new unique way of storing energy, and this discovery required a lot of work before it came to fruition.

The team of scientists created numerous simulations to test their theory. Using quantum-based algorithms, they were able to prove that anapole nanolasers are capable of producing the light pulses needed.

Because of their design, the nanolasers would not immediately be visible to an observer. In fact, it would take another object disturbing the lasers to make them visible. This means that scientists could take the light sources and form them into a loop which would produce a chain reaction of light emissions. Scientists would be able to manipulate and adjust these emissions as needed down to the smallest increments of time.

“It’s really like a population of fireflies, where the individuals synchronize their emissions into beautiful patterns. When we place the nanolasers close together, we can get similar control over the pulses.”

Andrea Fratalocchi, an Associate Professor of Electrical Engineering at KAUST

This incredible innovation has numerous applications, and scientists are still exploring the possibilities. The patterns created by these lasers could be used to imitate behavior and activities found in the brain. This could be used towards machine learning, as well as memory retrieval. All of this could be utilized by incredibly fast and powerful neurocomputers — all for a relatively low cost.