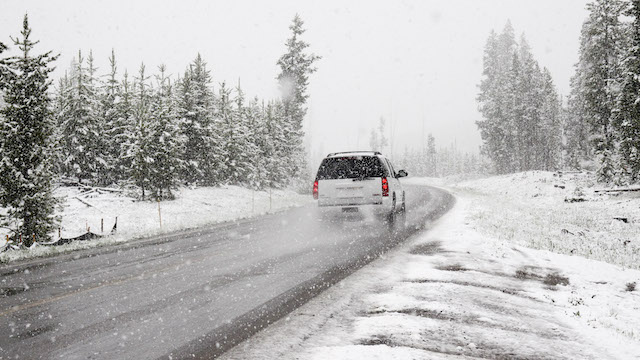 Scientists at the VTT Technical Research Centre of Finland have unveiled a new type of robotic car. Martti is an autonomous vehicle with a distinct claim to fame: it is the first automated car to drive across snow-covered roads entirely on its own. As if that isn’t impressive enough (and especially exciting for people who live in colder climates), Martti has another title. The vehicle managed a new speed record of 40km/hour, very likely setting a new unofficial world record in the process.

Martti was designed using the base framework of a Volkswagen Touareg. It comes with a counterpart known as Marilyn. Both vehicles are equipped with cameras, laser scanners, sensors, and antennas. While they may have the same components, however, the number and placement of the sensors on the vehicles varies widely. Scientists and engineers have been working hard to prepare Martti for its record-breaking run, and the results have paid off well.

“When in spring 2017 we, the researchers, taught the automated car Marilyn to drive, this autumn it has been teaching us on how to make Martti such that it can get along with its spouse, and follow GPS and positioning information on its route. Martti has been designed for demanding weather conditions and Marilyn shines as the queen of urban areas.”

Martti went through an exhaustive training session on the intelligent road of Muonio. The intelligent road has been designed and perfected for the use of automated driving tests. It has also been outfitted with an array of sensors that allow for in-depth analysis of data accumulated during such tests.

After Martti became comfortable with the terrain and weather conditions, the vehicle was able to successfully make its speed record. According to the researchers running the project, Martti “….made a new world record in fully automated driving, making 40 km/h in a snowfall on snow-covered terrain without lane markings. It could have even had more speed, but in test driving it is programmed not to exceed the limit of 40 km/h.”

These exciting developments are only the first step in VTT’s autonomous car program. Next up, researchers will work on changing the wavelengths of the optical components. They also intend to build more intelligence into the software responsible for monitoring the capabilities of the sensors, and increasing the resolution of the radar. All of these innovations will help Martti, Marilyn, and similar vehicles successfully navigate dangerous terrain without the aid of a driver.