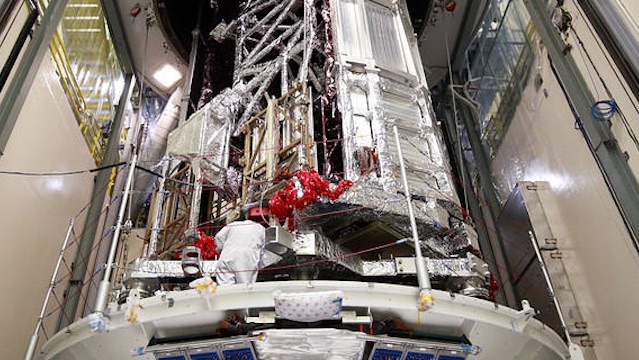 NASA has announced that its James Webb Space Telescope has cleared its final phase of thermal vacuum testing. The testing was done to check that its hardware is capable of functioning electronically in the vacuum of space. Additionally, the telescope needs to be able to handle the extreme temperature variations that can occur beyond Earth’s atmosphere.

The half of the Webb observatory that scientists call the ‘spacecraft element’ finished its testing at facilities in Los Angeles, where it is housed by the lead industrial partner Northrop Grumman. It follows the telescope half of the Webb, which contains the science instruments, finished its thermal vacuum testing last year in Houston at NASA’s Johnson Space Center before it was delivered to Northrop Grumman, where it awaited its other half to pass the same rigorous testing.

Besides the telescope element, there’s the spacecraft element of the device. This is the part of the observatory that actually flies the observatory into space. It comes equipped with a five-layer sunshield the size of a tennis court designed to cover Webb’s instruments and optics and provide protection from the sun. This will ensure these devices achieve the super-cold temperatures they need to operate effectively.

In order to test the Webb spacecraft element, scientists constructed a special thermal vacuum chamber. The atmosphere was drained from the room to mimic the conditions found in space. Next, they took the Webb spacecraft element and exposed it to an extensive range of temperatures from hot to cold. At its lowest point the temperatures reached minus 235 degrees Fahrenheit, all the way up to 215 degrees Fahrenheit. This proved that the spacecraft will be able to withstand the extreme and dramatic conditions found in the vacuum of space.

This successful testing phase means that every one of Webb’s different components has proven capable of handling the intense conditions of space they will experience during their mission.

Next, the two halves of Webb will be joined together to create a fully assembled observatory. It will then complete one final round of testing, evaluation, and deployments before it can be launched. Once the spacecraft element has been fully deployed, it will be ready to head over to the launch site. Scientists expect the telescope to remain on track for its projected 2021 launch date.