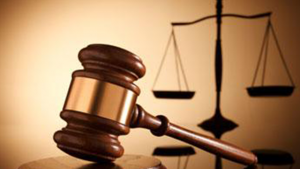 “Today’s action holds Fiat Chrysler accountable for its past failures, pushes them to get unsafe vehicles repaired or off the roads and takes concrete steps to keep Americans safer going forward,” said Secretary Foxx, in a statement. “This civil penalty puts manufacturers on notice that the Department will act when they do not take their obligations to repair safety defects seriously.” In addition to paying the hefty fine, Chrysler has also agreed to buy back more than a half a million defective vehicles and comply with unprecedented federal oversight, which includes hiring an independent monitor to track the company’s recall performance over the next three years.

The fine includes a $70 million cash penalty equal to the record $70 million civil penalty that Honda was hit with in January for defective air bags. On top of that, Chrysler must spend at least $20 million on meeting performance requirements outlined by the NHTSA and possibly another $15 million, if the independent monitor discovers additional violations.

“Fiat Chrysler’s pattern of poor performance put millions of its customers, and the driving public, at risk,” NHTSA Administrator Mark Rosekind said. “This action will provide relief to owners of defective vehicles, will help improve recall performance throughout the auto industry, and gives Fiat Chrysler the opportunity to embrace a proactive safety culture.”