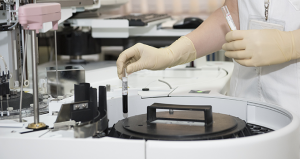 The U.S. Food and Drug Administration (FDA) has issued a warning to a major medical device manufacturer for its failure to obtain prior clearance of significantly modified versions of previously approved blood collection tubes.

Issued in early January, the FDA’s warning letter to Becton Dickinson & Company cites several violations of federal law identified during an inspection of the company’s New Jersey facility in 2017. The violations included failure to notify the FDA about a significant change the company made to the rubber stoppers for certain BD-model blood collection tubes that could affect the safety or effectiveness of these devices. In addition, the company reportedly failed to comply with the good manufacturing practice requirements of the FDA’s Quality System regulation, specifically failing to adequately investigate, review and evaluate complaints.

According to the warning letter, Becton Dickinson has until February 1 to notify the FDA as to the steps the company has taken to address the identified violations and to prevent them from recurring. Failure to do so may result in additional action by the agency, including device seizures, injunctions and civil monetary penalties.

The text of the FDA’s warning letter to Becton Dickinson is available at https://www.fda.gov/ICECI/EnforcementActions/WarningLetters/ucm592062.htm.