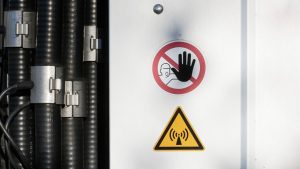 The two ASC C63 standards referenced in FCC 14-208, “Authorization of Radiofrequency Equipment” propose procedures for testing the compliance of a wide variety of wireless transmitters. ANSI C63.4-2014, American National Standard for Methods of Measurement of Radio-Noise Emissions from Low-Voltage Electrical and Electronic Equipment in the Range of 9 kHz to 40 GHz, defines measurement procedures for unintentional radiators such as computers and various digital electronic devices.  ANSI C63.10-2013, American National Standard of Procedures for Compliance Testing of Unlicensed Wireless Devices, for intentional radiators such as remote controls, cordless phones, hands-free microphones, some medical devices, security devices, and other unlicensed wireless devices.

“The rules we are adopting will facilitate the continued rapid introduction of new and innovative products to the market while ensuring that these products do not cause harmful interference to each other or to other communications devices and services,” as taken from FCC 14-208, which became effective 13 July 2015. Its rules in July 2016 will become mandatory for RF devices used in the United States.

“With the FCC’s ‘incorporation by reference’ of ANSI C63.4 and ANSI C63.10, industry everywhere will have a more universal benchmark against which to show compliance with FCC-recognized TCBs,” said Dan Hoolihan, chair of the ASC C63 committee. “The FCC and government regulators from Canada—along with manufacturers, test labs and trade groups worldwide—joined in the open collaborative process through which ANSI C63.4 and ANSI C63.10 were updated and improved. Consequently, the standards reflect state-of-the-art design and manufacturing processes globally, and the IEEE Standards Association’s comprehensive support is helping put the standards into the hands of more users globally.”

ANSI C63.4 and ANSI C63.10 are available for purchase at the IEEE Standards Store.

The IEEE Standards Association (IEEE-SA) is the secretariat of the ASC C63 committee. For more information on ASC C63, please visit http://c63.org.