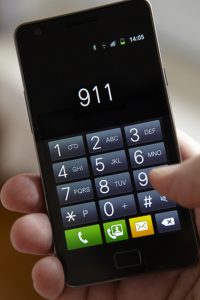 The U.S. Federal Communications Commission (FCC) has adopted new rules that will help to make text-to-911 services universally available to Americans by the end of 2014.

In a Second Report and Order and Third Further Notice of Proposed Rulemaking issued in August 2014, the Commission set a 12/31/2014 deadline for all wireless carriers and “interconnected” text messaging providers to provide text-to-911 services to their subscribers. The nation’s four largest wireless carriers already provide text-to-911 services to those call centers that are technically capable of receiving text messages.

In addition, under the new FCC rules, providers will have six months to deploy text-to-911 service in any area upon receipt of a request from a 911 call center.

According to Commission data, 91 percent of American adults own a cellphone, and 81 percent of cellphone owners use text messaging, making text-to-911 services essential for both public safety authorities and citizens. In addition, text-to-911 helps to bridge the emergency communication gap for the more than 50 million Americans with speech disabilities or who are deaf or hard of hearing.

Dowload the complete text of the FCC’s latest Order regarding Text-to-911 (PDF).