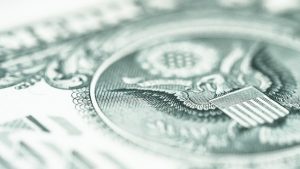 The Federal Communications Commission (FCC) has issued penalties to three men for operating pirate radio stations in New Jersey. According to the Forfeiture Orders, the men willfully and repeatedly conducted illegal radio operations, despite repeated warnings from the FCC. In all three cases, the pirate radio operators did not respond to a Notice of Apparent Liability for Forfeiture (NAL), and are therefore liable for monetary forfeitures for violations of Section 301 of the Communications Act of 1934, as amended (Act)2. The Act makes it unlawful to operate radio broadcasting equipment outside of prescribed limits without a license from the FCC, and authorizes the Commission to seize and forfeit any equipment used for such purposes.

In each Order, David C. Dombrowski, of the FCC’s Enforcement Bureau wrote, “The fact [that the operator] would ignore the Commission’s warnings demonstrates a deliberate disregard for the Commission’s authority and its rules, warranting a significant penalty.” If the forfeitures are not paid within thirty days, the cases may be referred to the U.S. Department of Justice for enforcement.