FCC Filings and the Vision for 5G 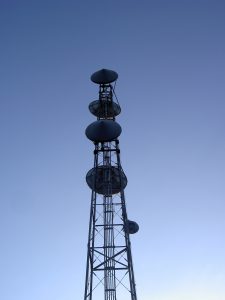 In October, the Federal Communications Commission (FCC) asked for input on the feasibility of 5G services in spectrum bands above 24 GHz. The FCC suggests that 5G could be offered commercially by 2020. Many corporations and interest groups responded with ideas for potential uses and technology requirements of the high-frequency wireless bands.

The comments ranged from fundamentals—such as whether such bands such require licenses—to specific proposals for ways in which the technology could be used. Samsung’s comment includes insight into their extensive 5G research and development, citing numerous studies, including their work in phased antenna array technology.

Samsung’s vision for 5G is a global vision, and Samsung believes that a global effort will be necessary for 5G services to reach their full potential.

High frequency bands have previously not been used for many cellular wireless transmissions because they have shorter wavelengths and require sending line-of-sight signals, so they can’t easily get through obstructions such as walls and objects. However, several filings pointed out new technology such as advanced antennas make it possible to send signals over high frequencies at speeds up to 1,000 times faster than today’s smartphone technology.

The comment period closed on January 15th but replies can still be submitted by February 17th. Companies, citizens, and experts (that’s you!) are encouraged to join the conversation.