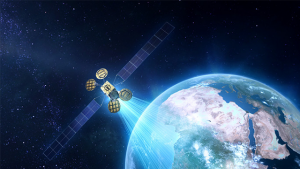 Facebook CEO Mark Zuckerberg wants to bring free internet to the world, and he recently announced a partnership that will help him accomplish this lofty goal. Facebook is partnering with Eutelsat Communications, an experienced satellite provider based in Paris. In a Facebook post (of course), Zuckerberg announced that the partnership would allow them to connect millions of people.

As part of our collaboration with Eutelsat, a new satellite called AMOS-6 is going to provide internet coverage to large parts of Sub-Saharan Africa. The AMOS-6 satellite is under construction now and will launch in 2016 into a geostationary orbit that will cover large parts of West, East and Southern Africa. We’re going to work with local partners across these regions to help communities begin accessing internet services provided through satellite.

Over the last year, Facebook has been experimenting with ways to use aircraft and satellites to beam internet signals to remote areas that are beyond the range of traditional networks. The project is part of Internet.org, Facebook’s initiative to bring affordable internet access to developing companies.

Under a multi-year agreement with satellite communication company Spacecom, Facebook and Eutelstat will deploy a dedicated system for the AMOS-6 satellite. The satellites will operate on the Ka-band (26.5–40 GHz on the electromagnetic spectrum), with high gain spot beams covering large parts of West, East and Southern Africa. Zuckerberg emphasized that the 2016 launch is just the first of many steps for Internet.org. He wrote, “We’re going to keep working to connect the entire world—even if that means looking beyond our planet.”