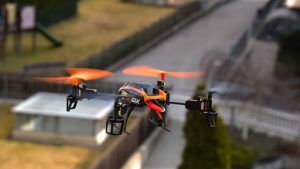 The Federal Aviation Administration (FAA) has released highly-anticipated regulations for the use of small unmanned aircraft systems, commonly called drones. The final rule, which is effective August 29, 2016, regulates drones weighing less than 55 pounds that are conducting non-hobbyist operations. In a press announcement about the new rules, U.S. Transportation Secretary Anthony Foxx said:

“We are part of a new era in aviation, and the potential for unmanned aircraft will make it safer and easier to do certain jobs, gather information, and deploy disaster relief. We look forward to working with the aviation community to support innovation, while maintaining our standards as the safest and most complex airspace in the world.”

The regulations do not address privacy concerns, since that is beyond the FAA’s scope, but the Administration strongly encourages pilots to check local and state laws before gathering information through remote sensing technology or photography. Otherwise, the FAA’s rules are deliberately cautious, with significant limitations. Operations are only allowed during daylight and twilight, flights are prohibited over unprotected bystanders, and pilots are required to keep an unmanned aircraft within visual line of sight. FAA Administrator Michael Huerta said, “This is just our first step. We’re already working on additional rules that will expand the range of operations.”

The regulations for “Operation and Certification of Small Unmanned Aircraft Systems” are published in the Federal Register at: https://www.federalregister.gov/articles/2016/06/28/2016-15079/operation-and-certification-of-small-unmanned-aircraft-systems#h-4.