Expanding Wireless Communication and Data Transfer Under the Sea 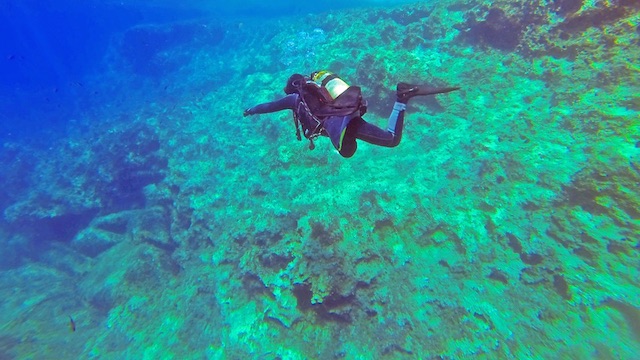 Wireless technology is an incredible invention. It allows us to communicate across the globe with the push of a button. But as miraculous as it can seem, there are places where wireless communication is still difficult, if not impossible. Those who spend their time in the ocean depths, such as scuba divers, exist in a world of silence that radio waves cannot penetrate. At least until now; a new form of technology is emerging that could soon bring sound to the most remote parts of the sea.

Scientists are developing a type of wireless communication that isn’t hampered by the power and depth of the ocean. Called A Mechanically Based Antenna (AMEBA), this invention will allow radio signals to pass through water and even rocks, creating a whole new world of communication technology. The device runs on ultra-low frequency electromagnetic waves. These waves are capable of penetrating rock, soil, metal, and even water. Very low frequency waves, which are nearby on the band, also possess the ability to pass through heavy materials.

The secret to the electromagnetic waves success is their ability to use the atmospheric corridor between the Earth’s surface and the ionosphere as a radio waveguide, unlike those normally used for wireless communication. The problem with utilizing this technology is simple: resources. In order to harness the waves, scientists need taller and more powerful antennas than have previously been available. All of that requires a lot of technology, and a whole lot of money.

The AMEBA represents a new development in this technology. It is smaller, lighter, and far more cost effective than its predecessors. Instead of relying on electrical currents these new antenna would be charged by mechanically moving materials with powerful magnetic or electric fields.

It sounds simple in theory, but the practice is proving farm more challenging for engineers. Designing something small but powerful enough requires completely new technology to be developed and perfected. Creating the electrical fields has proved a particular challenge — one that still plagues the project.

Despite these difficulties, scientists remain optimistic that they are on the right track. The AMEBA program has already made great strides in its research, and believes that these low-frequency electromagnetic waves are the key to its success. With these antennas, soon the ocean will cease to be the silent and impenetrable place it has been for so long.